Amanda Martikainen is a music producer based in Berlin. She is a sound hunter, looking to develop a mixture of elements found in northern folk music, early baroque, middle eastern soundscapes, classical music and electro. She grew up in the northernmost part of Finland, receiving a formal education in instruments such as the piano and kantele (a traditional instrument) and music theory from the age of 4.

After touring the world as a teenager playing the organ harmonium in a successful folk music group, she decided to study classical singing at the Hochschule für Musik “Hanns Eisler” in Berlin. During her studies she appeared as a soloist at concert halls such as Elbphilharmonie Hamburg, Alte Oper Frankfurt, Tonhalle Stuttgart, Aalto Theater Essen and Oper Leipzig.

After graduating with a Master’s Degree she started pursuing a career different from her formal music education. Her main focus lies in sound design and composition for cinema and stage, as well as the pursuit of her solo project “Amandaid.”  Her debut EP “11.11” will be coming out in the end of the year 2020. 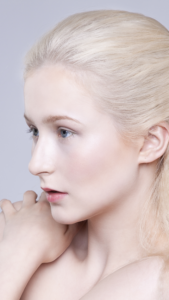