Pamela Owusu-Brenyah is committed to the visibility of contemporary Afro-pop culture and artists of African descent in Germany. The Berlin-based music consultant, festival organizer and DJ is currently a program curator at Pop-Kultur and worked in the past as an A&R for Universal Music Central Europe & Africa.

In 2018, she founded her festival AFRO x POP, which aims to give a stage to talented musicians:inside the Afro-German scene. With her community platform she wants to build bridges, promote networking as well as celebrate the cultural diversity of the continent.

Pamela Owusu is a jury member of Musicboard Berlin’s artist:in and residency funding program and a board member of Music Women* Germany, a nationwide network that advocates for gender equality and participation of women, female-identifying and non-binary individuals in the music industry.

In the summer of 2021, she shot her first documentary film project ‘Adikoro – Women in Music’ in Ghana. 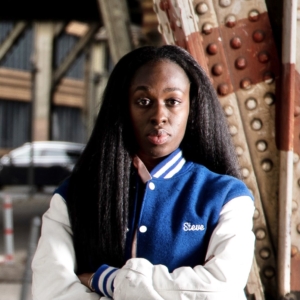